Click on the arrow to listen to the audio: 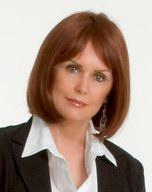 Devvy has made guest appearances more than 2,500 times on talk radio shows plus countless personal speaking appearances. She ran for Congress in 1994 & 1996 and is also the author of four other published books dealing with construction financing and government systems. Diverging from her regular columns, she is also the author of a children's book titled, Keeley & Mrs. Kidd: A Lost and Found Story; seeking a publisher of this wonderful story.

Devvy spent 19 years in construction and banking before going on to various civilian positions with the Department of Defense. During her tenure as an Administrative Officer for the Department of the Army, she was responsible for contracts and budget management oversight in excess of $8,000,000.00.

Following this assignment and due to Devvy's husband's transfer, she became a Contract Administrator for the Department of Air Force, Air Force Space Command at Peterson AFB, Colorado. Despite being the only person in her division to be awarded outstanding performance certificates and awards, her appointment was not renewed. Devvy is a federal whistle blower. While at Peterson AFB, she filed a fraud, waste & abuse against her own job. The three-ring circus that followed is sadly all too typical of what happens to those who step forward with the truth.

Devvy's husband John is a retired United States Army Colonel. Upon his retirement after 27 years of honorable service, he continued his career in the private sector as a construction management engineer. John's 43 years of career pursuits came to an end when he retired for good on November 1, 2006. Devvy has one daughter.