The following audio was recorded on Aug 29, 2011 on America's Web Radio. It is discussion with Paul Guthrie about his views on the natural born citizen clause and the context in which the founding documents were written. 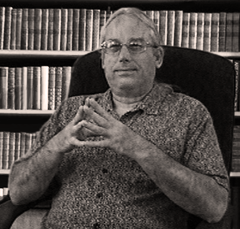 For more than three years many people from all backgrounds and views have pursued the issue of constitutional eligibility. This show has invited many of them to participate in the discussion and specifically how it relates to LTC Lakin's case. [You can hear them all the the main radio page.]

The entire issue started with the challenges to constitutional eligibility and the definition of Natural Born Citizen. It comes down to this: Either Obama does meet the standards for eligibility or he does not.

What are the ramifications? As Paul Guthrie states in his new site, "...if Obama's unlawful Presidency is left unchallenged by any court of law, then the precedent will have been established that the Constitution is meaningless because it is unenforceable with regards to the qualifications for the Office of President."

This has serious consequences for the future our country.

Paul Guthrie will walk us through the legal history and context of the Constitution to give us an understanding of the events that lead up the document and the natural born clause. He will then provide a clear explanation of the various views about the clause. In the end listeners will have no choice but to make a decision.

You may not like the conclusions, but the Constitution is the law of the land. Will we choose to defend it or ignore it?

Whether are you are a Constitutionalist (birther to some), or you just don't care, or you really think it's all just insignificant and that we should leave Obama alone, you should listen. Either your mind will be changed or you'll be more resolute in your stand.

http://www.therealteapartyrevolution.com
A new site with titled, "CLASS ACTION LAWSUIT NAMING THE IRS, FEDERAL ELECTIONS COMMISSION, AND THE DEPARTMENT OF JUSTICE AS DEFENDANTS"

Paul Guthrie is a Graduate of Purdue University in West Lafayette, Indiana, class of '87. He has a Bachelor of Science in Applied Physics (applied specialty Electronic Devices) with a second Major in Mathematics. He then also spent one and a half years in the Purdue Graduate School studying advanced Mathematics and Physics. During that time, he also worked six years as an Assistant Professor teaching Calculus and Physics. In total, he spent eight years at Purdue, six years as an undergraduate full time, due to the extra 50 credit hours required for an Applied Physics degree.

In addition to his rigorous studies in Physics and Mathematics, during his university time and afterwards for 25 years he has also been a student of History, Philosophy, Law, the History of Law, Political Science, Natural Law and Positive Law, and the U.S. Constitution. He is a Graduate of the George Gordon Barristers' Inn School of Common Law course, whose motto is: "How to go from defense to offense when the government violates your rights."

He is a scholar of Natural Law, and a Law and Constitutional analyst. He has helped others to identify legal issues that have then been presented in the Federal Appeals Courts and will be presented in the U.S. Supreme Court (Purpura v Sebelius case regarding Obamacare).

Incidentally, Paul's father was a natural born U.S. citizen from Indiana who served for 27 years in the U.S. Air Force as a Russian Linguist Spy for the U.S.

Since becoming aware of the issues surrounding Obama, Paul has spent the last two years researching the true meaning and interpretation of the Constitution's Article II "natural born" Citizen clause of presidential requirements. He is the re-discoverer of the Natural Law Theory interpretation of Article II "natural born" Citizen, which proves that Article II natural born Citizen only requires being born to a U.S. citizen father from one of the States of the union of States, and that the place of one's birth or the citizenship status of one's mother are not relevant for Article II purposes, as a matter of applied legal principles regarding the differences between Natural Law and Positive Law.