Click on the arrow to listen to the audio:

Terry will be on the Long Live America show with Jason Homesley. LLAT is a San Diego based conservative talk radio show that reaches a huge, national, conservative audience on KCEO AM 1000 in San Diego.

Listen to the station online at: www.longliveamerica.com
Click on the sound bars below "Listen Live" (scroll down to stop the backround music player). 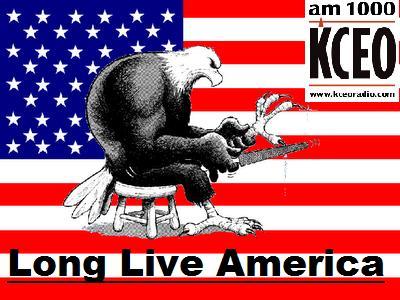 LONG LIVE AMERICA with Robert, Justin, and Jason is San Diego and Orange County's AM Radio Tea Party show in Southern California. These guys take on the toughest of issues the mainstream media REFUSES to report on, including the unlawful incarceration of Dr. Terry Lakin which the media has virtually blacked-out. Long Live America "firmly stands against the Obama Marxist regime, the Obama records cover-up, and Obama's new fraudulent, PDF-only, computer-generated so-called birth certificate which has been easily disproved in multiple facets by computer analysts, World Net Daily, and Jerome Corsi.

Long Live America says, "(We) KNOW we are living through the very worst governmental fraud EVER to be perpetrated upon the American history with regards to Obama's eligibility with help from a complicit media that not only refuses to question this, but KNOWINGLY lies for Obama. Long Live America proudly supports Terry Lakin who is still correct to this day and spits in the face of the Obama regime. Damn them all for what they did to Dr, Lakin, pathetic lying bastards."