[ See photos from his return to BWI ] 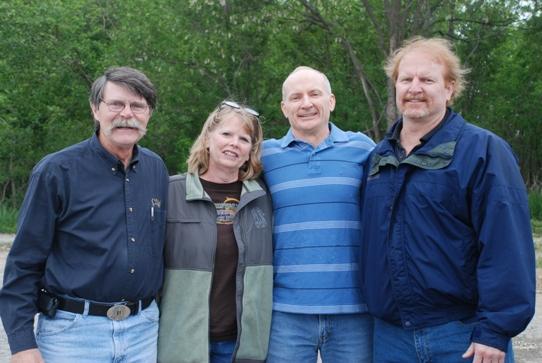 He spent his last 24 hours in a special housing unit set aside for pre-release processing. He enjoyed his last visit with Jim, a local supporter who has visited Terry many times over the last few months. Then after a final night's sleep Terry was awakened at 5am.

They brought in his breakfast at 5:30. He had his regulation 20 minutes to eat. Then he waited for the final paperwork to be processed. He turned in all his prison clothes. They gave him his duffel bag and took him to gate for a final strip search. He changed into his own clothes from the package sent to him by Pili. Then into the van and to the bank to cash out his $40 prison account.

And then the final ride in the prison van to the park-and-ride in eastern Leavenworth.

Greg Lakin waits for Terry. Across the street Jim and Peggy wait in the parking lot. Any non-registered greeters could cause them to drive by and run Terry back to the prison.

We wait. The van drives by on the way to the bank. It passes us and turn right into town. Then about 20 minutes later it returns. It is a white panel van with no markings. The only hint that it is Terry's van is the uniformed MP in the front seat. He pulls up next to our car and steps out. Pulling a small card from his shoulder pocket he checks our Ids.

As he puts the card back he walks to the back of the van and unlocks the door. Terry is seated in the van without travel shackles for the first time in 5 months. He steps out and embraces Greg in tears. The MP shakes Terry's hand and wishes him well. He drives the van away.

Jim and Peggy rush across the street and jump out to embrace Terry. They began visiting Terry in prison shortly after his sentencing. They have provided a room in their house for visitors and visited him two to three times a week since then. They are fast friends.

More tears and hugs. We hand Terry a netbook running Skype so he can talk to his family. The children are home waiting for his call. Pili appears on the screen with a huge smile. "Come hear kids, your dad is on the phone!" Holly, Jack, and Andrew rush over. Jack, the three year old takes over the screen making faces and laughing. Lot's of "We love you, dad," and "See you tomorrow!" Then a call with Terry's parents. "Hey mom, this is your son, Terry." "Wait, let me get your dad on the extension." Lots of how are doings and we love you's.

Then off to Terry's first real meal. A local steakhouse where is savors crab-filled mushrooms, onion rings, steak soup, and of course, a steak.

He is loving it. He is free.

Jim and Peggy with Terry and his brother, Greg. 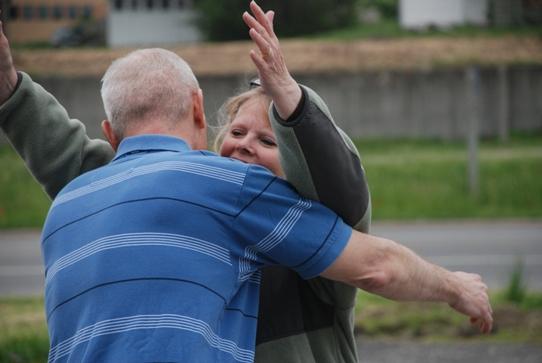 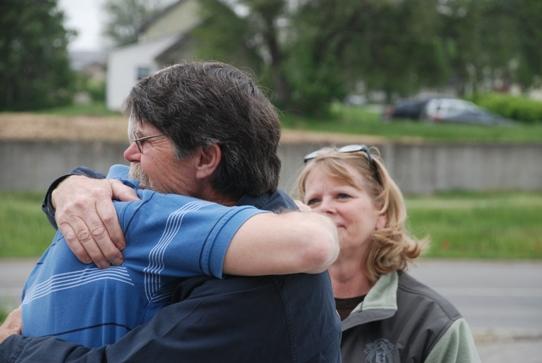 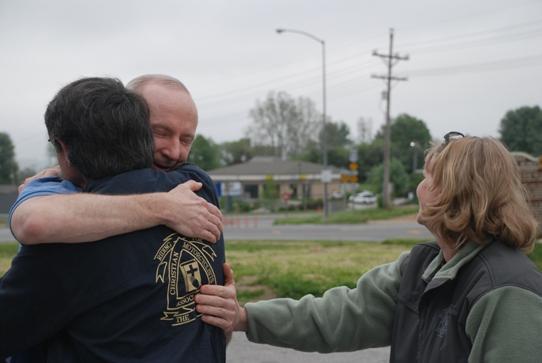 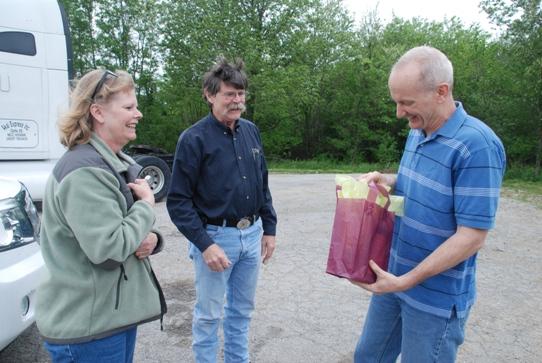 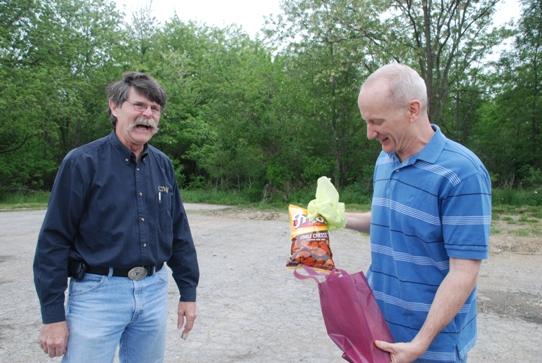 The story of the Fritos: A few days before Terry's release he had finally inventoried enough toilet paper and sundries after months to splurge $5 on a bag of Fritos. He kept it for three days and then one night just devoured the entire bag in a few minutes. The joy of a good junk food meal. So Jim and Peggy prepared a gift bag for him at the parking lot just for fun. 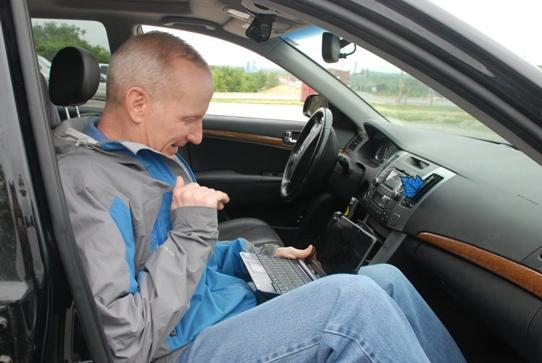 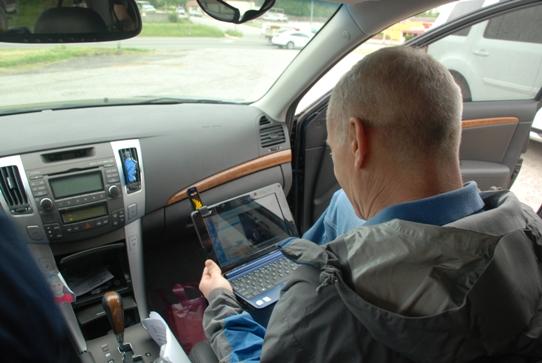