Why The Natural Born Status of Obama Has Not Been Investigated: Reasons

This question comes up in any conversation about this issue: "So if it is so clear, why won't Congress investigate it?"

What is remarkable about this is that all members of congress, all governors, all state attorney generals, all sheriff's departments have received a copy of the investigative information on a DVD known as the “Sheriff’s Kit.” And almost all of them have been visited by those concerned about the issue. And evidence of fraud is way beyond the standards applied to other issues. I was at the inauguration. I think had I been listening I would have heard a huge sigh of relief from the Congress and Judiciary. Why? The avoided dealing with the issue and concluded, as have we, that it it unlikely this will be pursued (though it should).

There are many reasons why no action has been taken:

Permission is granted for distribution in print or electron form with no remuniaration and with no alterations or edits.
Click on the images for a high-res print ready version. 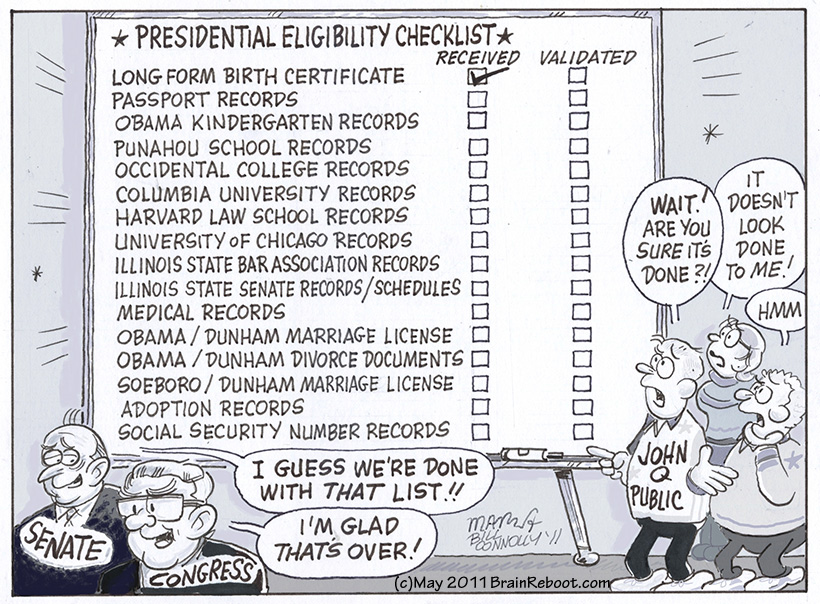 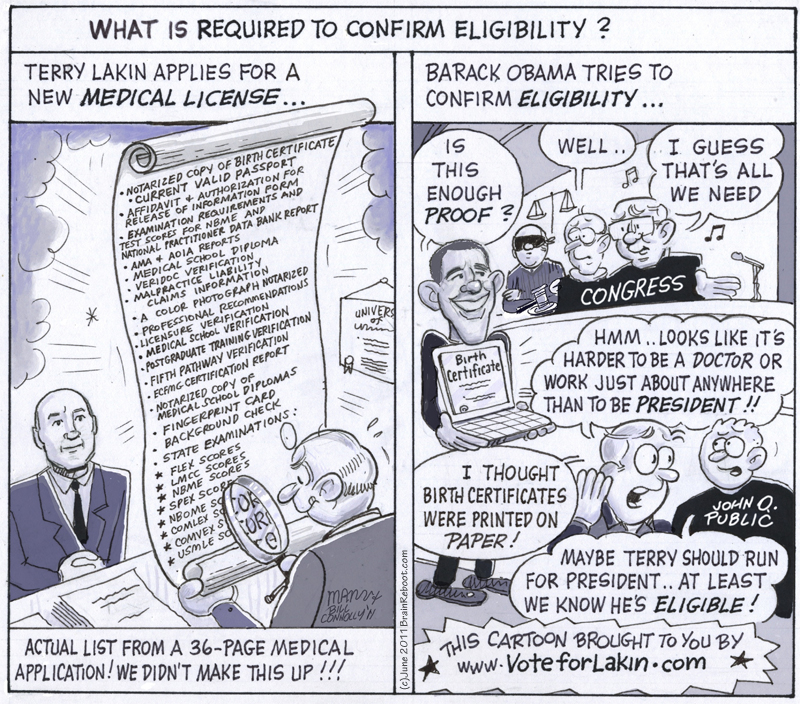 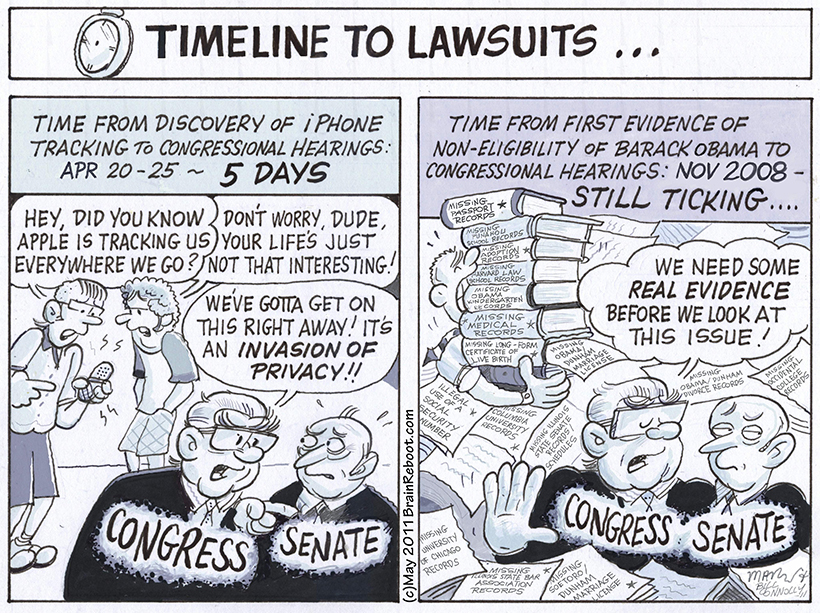