Walter has been a consistent voice for the power of the Grand Jury as it relates to issues of eligilibity. Since the beginning he has shown and expressed continuing support for Terry's case and what it represents.

Commander Walter Francis Fitzpatrick, III is the son of Navy Captain, medical Doctor and Mrs. Walter Francis Fitzpatrick, Jr.  He began his twenty-five years of naval service enlisting in the Navy in 1969.  He attended boot camp at the Naval Training Center Great Lakes, Illinois entered the United States Naval Academy (Annapolis) in the summer of 1971. He was recognized as distinguished military graduate from the Naval Academy Class of 1975 and commissioned an Ensign that summer. 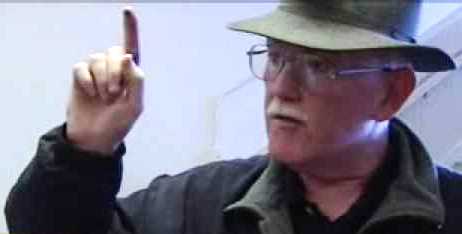 A designated surface warfare officer Commander Fitzpatrick spent his career at sea. He logged eight deployments during assignments of six warships in assignments that covered the spectrum of military disciplines of fighting ships: USS STERETT (CG -31) operations and anti-air warfare and gunnery. USS MARVIN SHIELDS (FF – 1066): operations and anti-submarine warfare.  USS MOBILE (LKA -115): engineering and amphibious warfare.  USS LASALLE (AGF -3): communications and staff duties.  He also as Executive Officer in USS MARS (AFS -1) for two years stationing him closer to his birthplace at the former Mare Island Naval Hospital in near Vallejo, California than any other assignment.  Fitzpatrick’s final sea-going assignment was aboard the nuclear powered aircraft carrier USS CARL VINSON (CVN -70).  Commander Fitzpatrick retired from the Navy in 1994 after a quarter-century in uniform.

Since 1994 Commander Fitzpatrick advocates on behalf of military men and women suffering abuse under the military discipline system (the courts-martial system).  He has written and spoken extensively in ongoing efforts to profile ill treatment of America’s servicemen.  Of prominent concern in Commander Fitzpatrick’s work is finding the absence of the protection of a jury and the practice of attainder as it goes to the discipline and punishment of U.S. military personnel.  Commander is the originator and host of The JAG HUNTER website since August 2002.

Commander Fitzpatrick is an Eagle Scout from Troop 508, Meiners Oaks, California (1969). He is a distinguished graduate of Villanova Preparatory School, Ojai, California (1969) and holds a Bachelor of Science degree in naval science and a Masters degree in Business Administration - Technology Management.