Saying Something Loudly and Often Doesn’t Make it Right 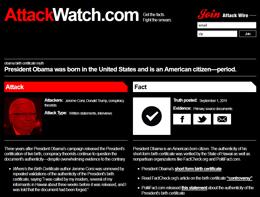 The site has the audacity to repeat the same lie that has been so ingrained in the mind of the public, congress, and our press.

It says, "President Obama is an American-born citizen. The authenticity of his short-form birth certificate was verified by the State of Hawaii as well as nonpartisan organizations like FactCheck.org and PolitiFact.com." 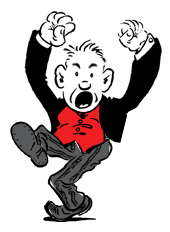 And continues, "In spite of this overwhelming evidence, conspiracy theorists continued to attack the legitimacy of the President's citizenship. In April 2011, President Obama and his attorneys asked the State of Hawaii to release his long-form birth certificate in order to end the distraction. The Hawaii State Department of Health granted the request, and the President's long-form certificate is available online."

How stupid do they think we are? Okay, class, let's review the 'overwhelming evidence' to which they refer. The only evidence that even hints at anything remotely legal are two documents: A certificate and supposed birth certificate. Let's really, honestly, look at this. What do you have?

Add to this a hundred other evidentiary findings and it all adds up to this:

And facing this paltry defense? Thousands of hours of hard work on the part of numerous lawyers, investigators, and regular citizens who simply want the truth. In deference to the fictional Col. Nathan R. Jessep (Jack Nicholson), they can handle the truth.·

And what is the truth? The facts are that at the very least something is horribly amiss. At the worst, we are facing a rapid dissolution of Constitutional authority. The congress drummed Anthony Weiner out in a· week for being stupid (see this article). He didn't break a single law. The same can be repeated for many others in the past. Yet event after event after event after event on the part of Obama is simply ignored by the major media or worse, each offense is used as an opportunity to deride those who are simply asking for the most simple forms of evidence.

Every citizen must ask these questions:

What you can do today...