Commander Kerchner has provided a daily dose of news intended to keep the issue of eligibility in the public light. 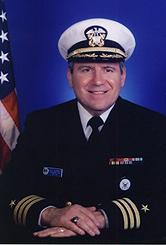