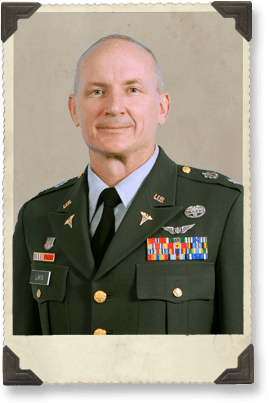 The Terry Lakin Action fund is a Family Trust established to directly support Terry's legal efforts. It is the only fund authorized directly by Terry and his family. Please Support Terry Lakin.

Lieutenant Colonel Terrence ("Terry") Lakin most recently served as Chief of Primary Care and Flight Surgeon for the Pentagon's DiLorenzo TRICARE Health Clinic. He was also the lead Flight Surgeon charged with caring for Army Chief of Staff General Casey's pilots and air crew. LTC Lakin, selected for promotion to Colonel, is a native of Colorado, whose residency is Tennessee.

Since 2008 LTC Lakin has asked through his chain of command and his Congressional delegation for proof that President Obama is Constitutionally eligible to serve as his Commander-in-Chief. He has explained to his superiors that he cannot understand how his Oath of Office to protect and defend the Constitution does not allow military officers to pursue this proof of eligibility.

Terry has been court martialed through his pursuit of confirmation of Obama's of eligbility to act as commander of our armed services.

All he wanted was the truth. Instead he got prison. Terry is standing up for the nation.